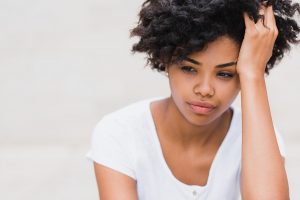 Fibromyalgia sufferers deal with chronic pain and debilitating symptoms such as headaches, fatigue, cognitive problems, irritable bowel syndrome, depression, and anxiety on any given day. One of the most difficult parts of dealing with fibromyalgia is when people misunderstand your disorder. As an upper cervical chiropractor in Oklahoma City, I’m here to set the record straight on some of the common misconceptions about the fibromyalgia, the condition that affects 4 million Americans age 18 and older.

This is probably the biggest misconception about chronic fatigue. Many people still believe that it is not a real medical condition, and the chronic pain is just in the head of people who suffer from it. Recent studies have revealed much about fibromyalgia and have debunked this misconception. People who have fibromyalgia feel pain more intensely than those without it. Fibromyalgia involves a problem in the central nervous system, particularly the brain and spinal cord. Those who live with chronic fatigue process pain signals abnormally, which makes the condition an actual, physiological problem.

2. Fibromyalgia and chronic fatigue syndrome are the same illness.

3. You should not exercise if you have fibromyalgia.

This is a false belief. In fact, those who have fibromyalgia should be doing gentle exercises. Too much rest and avoiding movement can do more harm than good. It is ideal to do gentle movements to loosen the achy muscles and joints. People with chronic fatigue should begin slowly. They can gradually make progress to develop an exercise routine that works for them.

4. Fibromyalgia is a women’s disease.

Men can also develop fibromyalgia. Women are more prone to having fibromyalgia than men are, but men can suffer from it just the same. About 70 to 90 percent of fibromyalgia patients are women. Fibromyalgia statistics are low in men as they are less likely to report pain. The number could be higher if undiagnosed cases were documented.

5. There are no effective care options for fibromyalgia.

Thanks to studies conducted by researchers, we are learning more about the condition, and more treatment options are becoming available. Medications can bring temporary symptomatic relief. Patients can also try relaxation methods to relieve their chronic fatigue symptoms. Meditation, yoga, deep breathing techniques, and other types of gentle exercises such as walking also have surprising benefits. Even more important is maintaining healthy sleeping habits to avoid pain and fatigue.

Another alternative that is both natural and successful for managing symptoms of fibromyalgia is upper cervical chiropractic care. This treatment option focuses on problem spots where there has been a compromise within the central nervous system that may be the very cause of the abnormal pain processing in fibromyalgia patients.

How We Process Pain Explained

A major attribute of fibromyalgia is that people who suffer from it have a heightened sensitivity to pain. Fibromyalgia patients experience extreme pain even to non-painful stimulus, such as putting slippers on.

The central nervous system (CNS) consists of the brain and spinal cord, and it processes pain signals. In events where your body gets exposed to something that causes pain, like a hot iron or bumping your elbow on a hard table, the body part affected will relay that signal to the CNS to be received by the brain. As soon as the brain gets the signal, then you can react accordingly to the pain that was processed, like instantly pulling your hand away from the hot iron.

Whenever there is a problem with the central nervous system, it can result in the transmission of improper pain signals and disturb the smooth communication between the brain and the body. What can cause a disturbance to the central nervous system like this? If the atlas and axis, the two topmost vertebrae of the spine, get out of alignment, it can bring undue pressure on the brainstem and impact the function of the CNS. The atlas and axis protect the brainstem, a crucial part of the CNS. The brainstem serves as a relay station for pain signals. Atlas misalignment can impair your body’s pain processing.

Upper cervical chiropractic care provides long-term resolutions for your pain because it gets to the root cause of fibromyalgia — a CNS dysfunction. This unique technique administers a precise and mild adjustment of the atlas vertebra.

When an atlas misalignment is obstructing the standard processing of pain signals, upper cervical chiropractors make corrections so that the body can recover and restore its functions. Upper cervical chiropractic care performs adjustments that are specifically tailored to each patient’s needs and only given when necessary.

The upper cervical specialization continues to emerge, and it has been seen to help people with fibromyalgia and other chronic conditions. Correcting an atlas misalignment can begin the course of returning your body’s ability to function and process pain normally again. Even greater news, it can mean better sleep, less pain, more energy, and an overall improvement in your life. If you are seeking an upper cervical chiropractor in Oklahoma City, Precision Chiropractic is the best place to start.